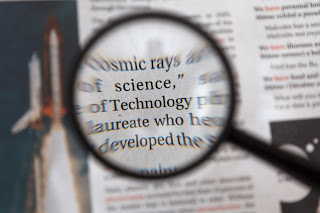 As much as I, as a trained scientist, would like to imagine that good science leads directly to sound policy I am aware that this isn’t the case. We can’t just pump science coins into the policy machine and get out policies that reflect what the science tells us; policy making is simply not that straightforward. Economics, law, and public opinion also play their parts in the development of policy and, as is often the case, rank higher than the physical sciences as fields sought for advice during policy development. However, the need to account for things like economics doesn’t wholly account for the existing or perceived tension between policy makers and scientists, and that tension is worth exploring.

This tension comes in several forms but I’m going to focus on mistrust or wholesale dismissal of science and scientists. Further, there are a laundry list of things that undermine trust in science that include but certainly aren’t limited to 1) industries promoting distrust through the use of skeptics (such as with climate change science), 2) media framing (such that skeptics or non-experts are given equal weight as experts even though that is not representative of the scientific community), and 3) confirmation-bias or information filtering (either in general but specifically on the internet where it is so easy to keep away from information that does not agree with your own world view). Confirmation bias and information filtering are some of the strongest influences on whether or not we trust any new information that comes to us, whether scientific or not. This is especially prevalent given how easy it is to tailor our information sources online: you can pick where you get your news so that it supports your world view, you can unfollow friends on Facebook if they say things you don’t agree with. We filter information actively and passively all the time. I’ll talk about this a little bit more below, but first let’s talk about trust a little more.

What is “trust” in the context of science and scientifically derived information? Trust is roughly equated with “belief” and implies faith without need to further investigate. This is problematic to me because within the scientific community a critical eye is important, that’s why we have a peer review process before results are published. Despite scientific results being inherently provisional, that is up for being overturned or having caveats added by future work, at some point study becomes redundant because results are conclusive or are, rather, within acceptable limits of uncertainty. This applies all across natural resource management, whether it is monitoring water quality issues or tracking the loss of an endangered species: at some point cause and effect are known, the end point is clear, and action is the next step. But action requires trust in the science. 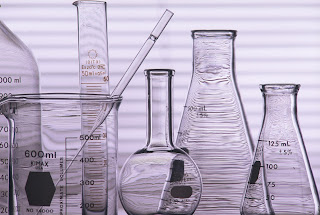 I think Marcia McNutt (current president of the National Academy of Sciences, former editor-in-chief of Science, and 15th director of USGS) said it best when she said, “Science is not a body of facts, science is a method for deciding whether what we choose to believe has a basis in the laws of nature or not.” This is absolutely true for many people. However, I recognize that people tend to rely on personal experience or anecdotes more than on science and statistics and while anecdotes are grounded in the real world they are interpreted by humans who occasionally make exciting and wildly incorrect assumptions about how the world works. This is especially true when the science and statistics are counter-intuitive, counters our personal experience, or is not something we have experienced: if the information doesn’t confirm our understanding of the situation it is really easy to ignore. In managing freshwater for a quality issue that you can’t see or smell it is difficult to convince anyone that it is an issue until they experience the repercussions of that issue first hand.

Trust and Advocacy
When the scientific community sees something as clearly factual, when do we get involved and advocate? This is a question we tangle with as a group and as individuals. There is a lot to be said for remaining impartial and hoping that sound science and good science communication will lead to sound decisions, but communicating results and interpreting data for public consumption by translating from jargon to be understandable to someone outside of the field of study pushes scientists into the public realm. Often, as scientists, we take our training for granted when discussing scientific matters with the public, which includes individuals who may not have the same level of training. It is arguably our obligation to not only make the process transparent but to demystify the results. It is easier to trust something you understand than to place trust in unknown jargon. Further, trust in science is increased when it is heard from a source that is trustworthy. When a third party is not available to communicate science to policy makers or lay people it often falls to scientists to advocate for their findings. This is often the case when scientists work for policy makers and especially the case when they also take part in carrying out policies that are developed, to whatever degree, from their research. This is the case in Nebraska for many of the Natural Resources Districts, one of which I work for.

Kate Tillotson earned her PhD in Environmental Science & Natural Resources Management with a focused on environmental communication and water management from Washington State University in 2015. She is currently the water resources manager for Upper Elkhorn NRD. The views expressed here do not necessarily reflect the views of Upper Elkhorn NRD’s management or board. 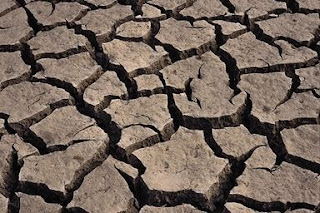 As Secretary of The Groundwater Foundation's board of directors and a lawyer with an active water law practice, I read with great interest a recent article in the Washington Post about the historic heat wave currently ravaging the Middle East.  The article noted the probability of extreme water scarcity caused by saltier groundwater due to rising sea levels.  Importantly, the article noted the role of water scarcity in causing conflicts among human beings including the recent Syrian civil war and refugee crisis.

Here in the United States, we are blessed with the opportunity to resolve our water issues with legislation, collaboration, negotiation, and if all else fails, litigation.  While all of these processes involve countless meetings and stressful hours, they beat the alternative methods of actual fighting over the most precious natural resource – water – which may continue to be a part of the unfortunate global reality.

Here at The Groundwater Foundation we are doing our part.  At recent Board Strategic Planning sessions, we reviewed our Mission Statement to “educate people and inspire action to ensure sustainable, clean groundwater for future generations.”  In this mission, we want and, need, those precious community partners to ally with us to avoid the intractable problems that plague other nations over a resource that can’t be seen.  And, we define community broadly to encompass, well, everyone.  Whether you are an elected city official, a business leader or a parent concerned about the health and future or your children, you can join with us.

Steve Mossman is an attorney with Mattson Rickets law firm in Lincoln, Nebraska specializing in the areas of natural resources and environmental law, solid waste law, water law, and agricultural law. He also serves as Secretary for The Groundwater Foundation's board of directors.


By: Jessica Wheeler, The Groundwater Foundation

Are you looking for a fun, hands-on educational activity about groundwater? Check out The Groundwater Foundation’s new searchable resource library featuring nearly 70 easy to use activity instructions, curriculum guides, how-to videos, crosswords, word searches, coloring sheets, and more! These resources and activities are perfect for use in formal classrooms, extracurricular programs, community outreach events, and more! Search by: 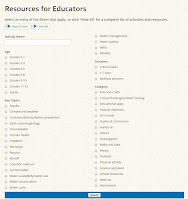 You can also search for activities and resources by name, such as “Aquifer in a Cup.” Results display an image of the activity, the activity name, a description and link to how-to videos (if available), and a link to additional details and to download the instructions.

Check out this tool and let us know what you think by completing a brief survey!

Support for the development and launch of this online resource library was provided by a Public Information and Education Mini-Grant from the Nebraska Environmental Trust, administered by the Nebraska Academy of Sciences.
Posted by The Groundwater Foundation at 1:34 PM No comments: