As I wrap up my second year of service on the Groundwater Foundation Board of Directors, I wanted to provide some updates on the positive mission of the Foundation.
We just returned from a Board meeting in Las Vegas and, more importantly, the Community-based Groundwater Protection Forum put on by the Foundation the following day.  The passion of the Forum attendees to protect our most precious resource was contagious.  Along with the passion, the Groundwater Foundation’s collaborative approach to protecting groundwater at the source left all attendees returning to their communities with concrete “deliverables” to act upon. 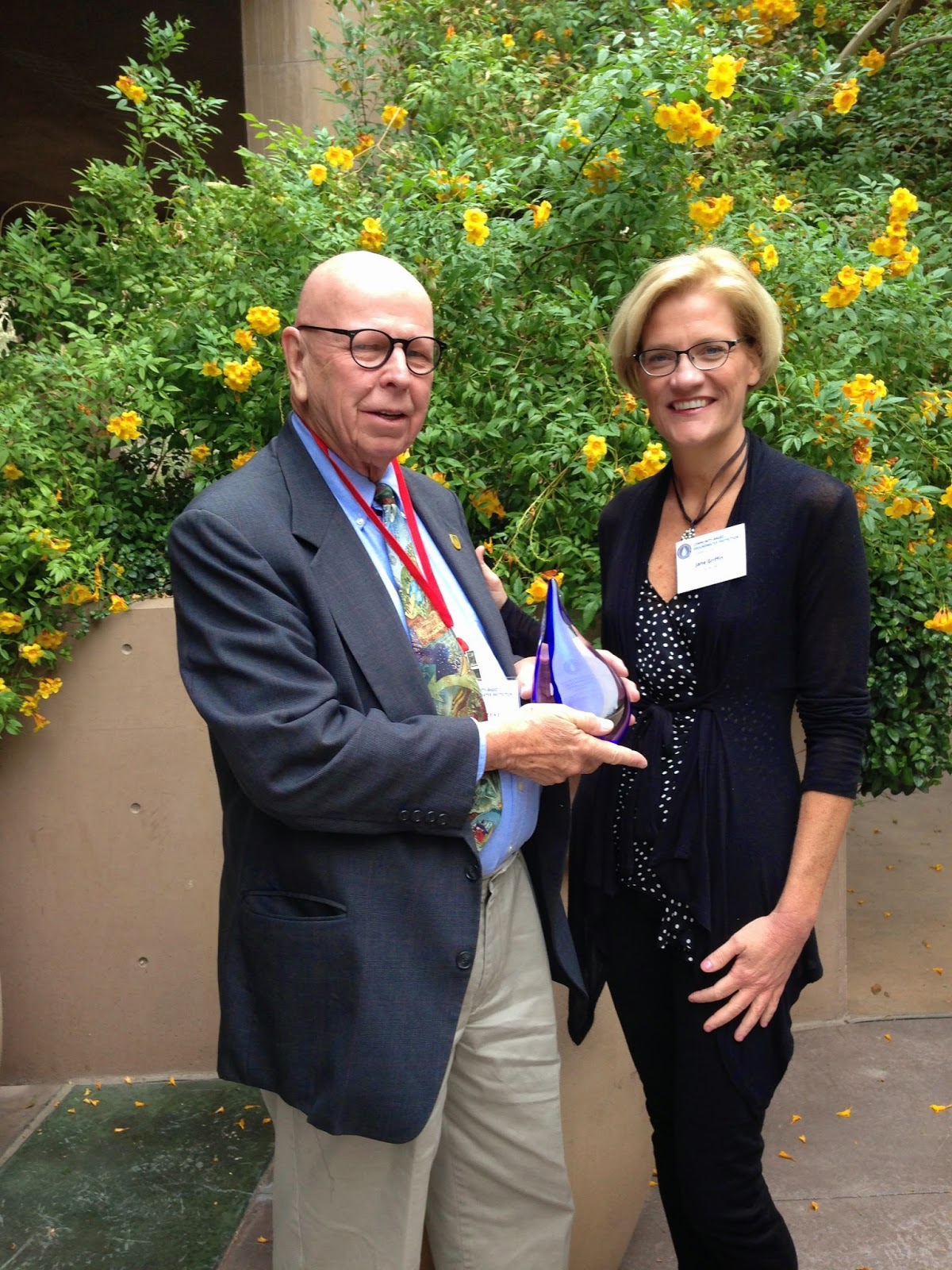 These qualities were also on display as the Groundwater Foundation honored long-time volunteer Bob Kuzelka with its highest honor, the annual Maurice Kremer Groundwater Achievement Award.  Along with his many years of academic and community involvement in water issues, Bob was the leading force in the design, development, and implementation of the Foundation’s Groundwater Guardian program.  It was so fitting to honor Bob at the Forum lunch and a hearty congratulations is due.
My final take away from Las Vegas involves a taxi ride.  My driver was a 20 year Las Vegas resident.  As a member of the building trade, he was hit hard by the 2008 recession. But, he recently had the ability to purchase  a new home and was so proud to tell me about his involvement in a program sponsored by the Southern Nevada Water Authority (our great host in Las Vegas) to convert his turf into desert landscaping.  The Authority’s Water Smart Landscape Rebate program is exactly the kind of program that needs to spread.

Like my taxi driver and the Southern Nevada Water Authority, let’s all work together on the important mission of the Groundwater Foundation.

A Matter of Trust

by Jennifer Wemhoff, Program Manager
In the fall issue of The Aquifer, Groundwater Foundation President Emeritus Susan Seacrest reflected on the 40th anniversary of the Safe Drinking Water Act (SDWA). The Act, which was signed into law in 1974, ensures the drinking water delivered to consumers by public water systems meets high standards to protect human health.
In her article, Susan talks about how drinking an ordinary glass of water represents a moment of great trust between citizens and their government; the trust that the water is safe.
While this trust is reinforced by legislation such as the SDWA, there is another layer of trust that may literally be eroding. Report after report suggest that the nation's water infrastructure is nearing the end of its life. From pipes to treatment technology, the world is changing and infrastructure needs to change along with it. A recent article from Circle of Blue discusses the issue:

“Water reserves are diminishing in the West. Rainstorms are growing more intense as the planet warms. Waterways that once were nearly scrubbed of pollutants are becoming overloaded with nutrients. These and other indicators – Depression-era distribution pipes and a deluge of new pharmaceutical and chemical contaminants – are evidence that the water-cleaning and water-moving systems that were designed and installed to contend with different conditions generations ago are nearing the end of their design lives. American infrastructure needs to be updated, expanded, redesigned, and, in many cases, reinvented for 21st-century challenges."

Cost, of course, is the main factor in lagging infrastructure improvements. AWWA reports that it could cost near $1 trillion. And unlike the 1970s, when the SDWA was enacted and the federal government helped fund the lion's share of capital investment in water and wastewater infrastructure, the burden now lies with state and local agencies.
While the trust we place in our government to ensure the water we drink is safe is justified, it's important that we at citizens support efforts to improve the nation's water infrastructure, which enables the safe water to be delivered to our taps.
What do you think needs to be done to address the issue of aging infrastructure? Whose responsibility is it to foot the bill for the improvements?
Posted by The Groundwater Foundation at 1:43 PM No comments:

By Amy Kessner, The Groundwater Foundation

In celebration of Shower Better month, some areas around the country are giving away FREE WaterSense showerheads! Make sure to check with your local water conservation office to see if your area is participating.

Replacing your showerhead is not the only way to save water and cut back on your energy bill while showering! Check out these other tips for saving water while showering:

Posted by The Groundwater Foundation at 10:33 AM No comments:

How Old Is the Water on Our Planet

by Lori Davison, The Groundwater Foundation
Yesterday, when it was pouring rain (inches & inches of rain) I began to wonder:  how old is this water?  Where has it been before?   This thought process was all prompted by an article I’d seen in the Washington Post saying earth’s water could be older than the sun.  To read the article:

Posted by The Groundwater Foundation at 11:44 AM No comments: