Anniversary Story: "It Only Takes One Person to Get the Ball Rolling" by Kimberly Starkey

“It Only Takes One Person to Get the Ball Rolling”
By Kimberly Starkey, Casper Aquifer Protection Network Groundwater Guardian Team, Wyoming

I came home one afternoon to a message on my answering machine from a person who shared not only my first name but also my maiden name.  I figured my identity had been stolen.  Then I noticed that I had an e-mail in my inbox from the same person associated with a professional organization.  So I did a Google search of the organization to find out if there was a real person with that coincidental name.  Much to my surprise, that was the case.

Unbeknownst to me, a friend had nominated me for recognition by this professional organization to which she belongs.  I was absolutely shocked to find that I was being honored as the “2013 Public Citizen of the Year” by the Wyoming Chapter of the National Association of Social Workers for my efforts to protect our local groundwater. 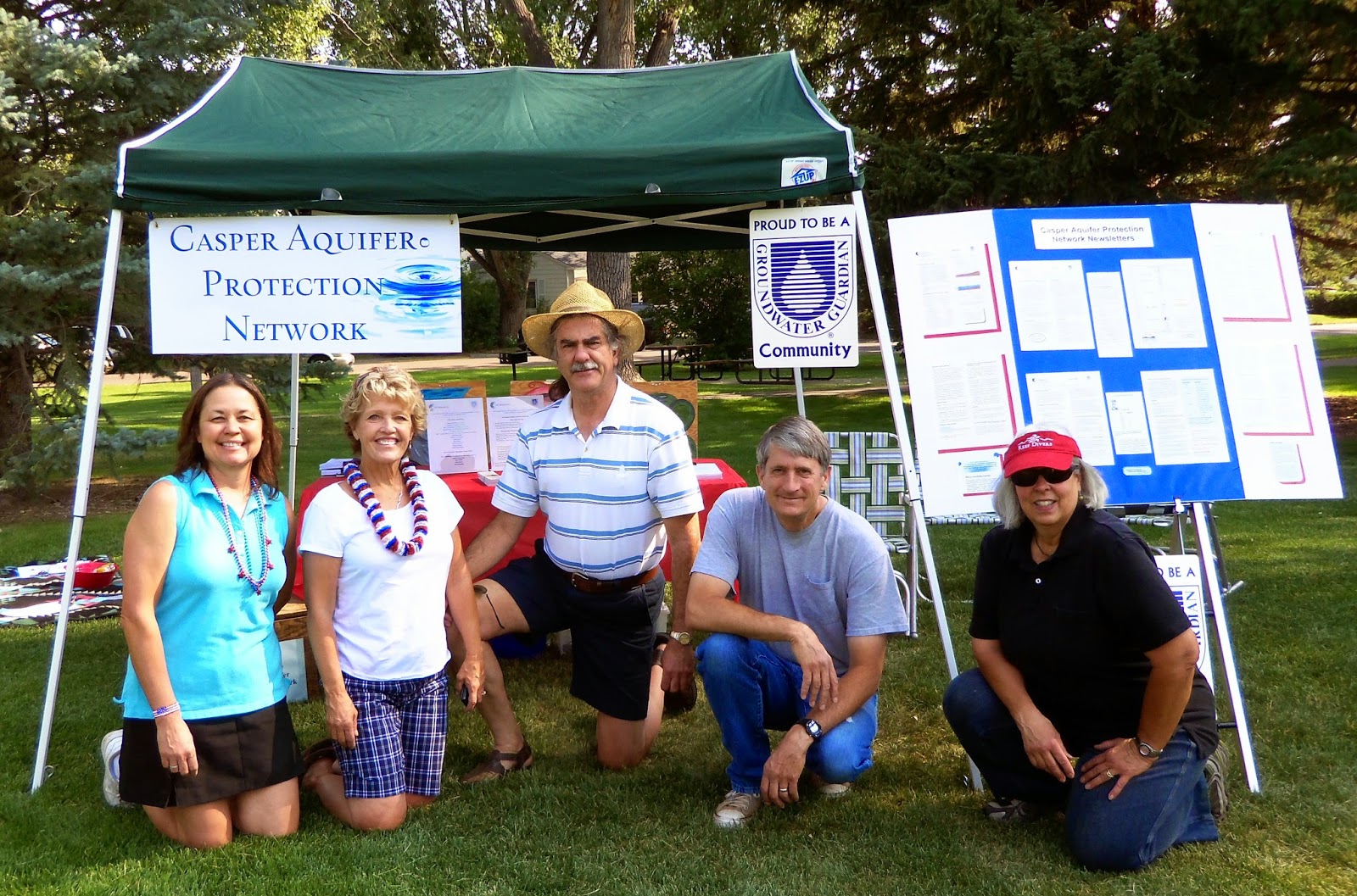 Specifically, I was recognized by NASW for my efforts in helping found the Casper Aquifer Protection (CAP) Network to: 1) better inform the public of decisions being made at the local and county level, 2) encourage citizens to get involved in policy decisions being made about their community regarding water protection, and 3) to challenge the information the City of Laramie’s City Council and Albany County Commissioners were using to create policy around water protection.

The CAP Network has been a Groundwater Guardian since 2010.

I was humbled to be singled out for recognition, but it made me think about the many, many neighbors who have become involved, educated and engaged in groundwater issues in our community.  I have an immense sense of satisfaction knowing that I have helped supply my neighbors with the information they need to make wise decisions regarding groundwater protection and to advocate for public policy.

It only takes one person to get the ball rolling.  All that is needed are facts, persuasion and perseverance. Who knows, you could be that person in your community!

The Beatrice Groundwater Guardian team was put together in 2006 to help protect the Beatrice water supply from increasing nitrates. The City of Beatrice had no zoning jurisdiction in our wellhead protection area and we needed to try and reduce the nitrates in our Old Wellfield and protect our second City Farm Wellfield.

The relationship with the farmers in the total of approximately 20 square miles of the wellhead protection areas was not good, which stemmed from a past farmer with no understanding that we all had to give and take to accomplish something. He did not have the patience to try and look at both sides before speaking and making decisions on water quality and quantity issues, which caused the water department to be the “bad guys” in many farmers’ eyes.

As Water Superintendent, I tried for several years to change our image without much success until we formed the Beatrice Groundwater Guardian Team. With the make-up of the team having a farmer, citizen, several Extension educators, NRCS, the local Natural Resource Districts, and myself we got our foot in the door of several of the farm operators. From here we were able to write three source water protection grants and got a cost share for farmers for irrigation scheduling equipment, irrigation well water meters, and soil moisture sensors. What a great way to mend this bad relationship!

We now provide an annual training on several subjects that address chemical use and irrigation practices. This is a well received training session, and in 2015 we had 32 people attend for this training, which is nearly two people for every square mile of our wellhead protection area! The farmers all appreciate the free meal we provide and most use the training in their farming practices to help provide a better income for their efforts.

From this farm operator training we expanded it to an annual urban training session. We have covered everything from chemical usage to lawn watering. We also touch on gardening practices for people to grow their own vegetables. This also has been well received by the urban residents. I have also received several comments from the farmers that they are glad we also are educating the urban people about some of the same issues.

From all this we have actually seen a slight decrease in nitrate levels in the Old Wellfield, and the City Farm Wellfield has not seen any increase in its nitrate levels. This is great for our system but best of all the relationship with the farmers is much better – they actually wave or speak to me when I run across them in the public. We also understand each other’s concerns much better.

All this has been possible because we started the Groundwater Guardian Team.

“Mission Springs Water District is doubly blessed with two aquifers – a cold water aquifer that provides the award-winning water for our community and a world-renowned hot mineral water aquifer that attracts visitors from around the world to our spas,” says Nancy Wright, Mission Springs Water District Board of Directors President, and founding member of the Desert Hot Springs Groundwater Guardians. 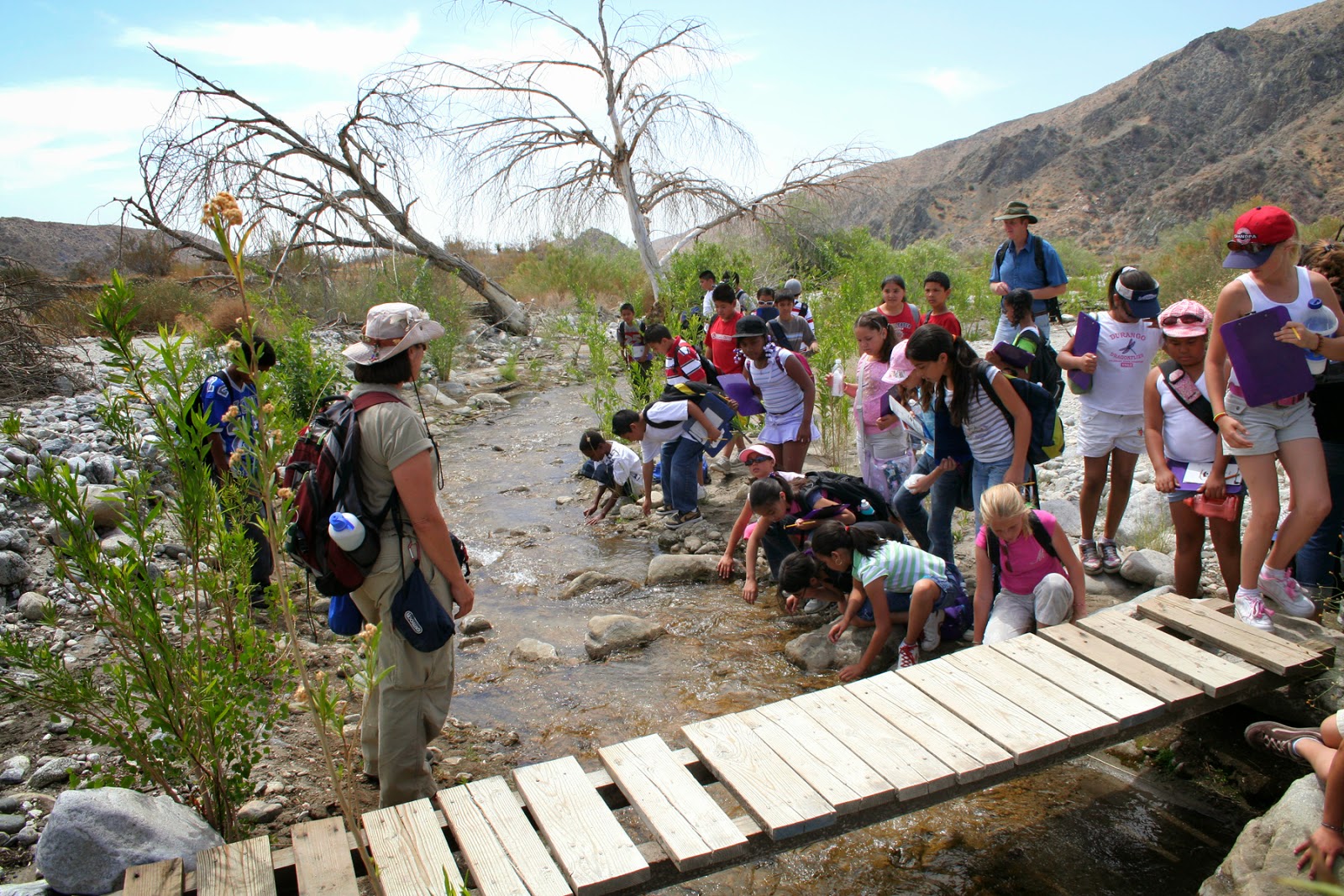 I’ve always been drawn to, and fascinated by groundwater. I learned more about it when I took a conservation class in college. As a child I didn’t know how clean water could be pumped up through the ground, which was dirt…

The conservation class opened my eyes to the how/when/where of water, and I wanted to share what I had learned with my students. We made a spring field trip each year and each time with a stop at the Platte River near Kearney, Nebraska where we stayed until dusk finding the water table when we dug into the sand…taking a small digging tool was mandatory, as was being very quiet as the cranes began their evening return to the river. One year we saw an endangered whooping crane. The students were thrilled, and so was I!

So when I read about the founding of The Groundwater Foundation, I called Susan Seacrest and was one of the first to join. Prior to that I knew very little about what a foundation is and what it does. I came to Lincoln for a conference on groundwater issues, and was later asked to join the Board.

I retired from teaching many years ago, but I have lots of fond memories of those years in the classroom, and of my association with The Groundwater Foundation.

**Note: Marlene brought her 6th grade class to a Groundwater Foundation Symposium in 1988. Their curiosity and enthusiasm was the impetus for the creation of the Nebraska Children’s Groundwater Festival in 1989, which was the first event of its kind and has been replicated across the U.S. and internationally.