No Pressure, Right?
by Anthony Lowdnes, The Groundwater Foundation 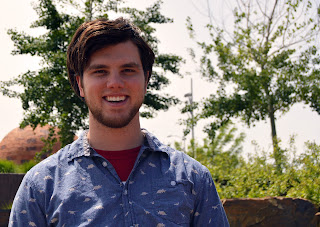 I stepped into the role of Program Manager at The Groundwater Foundation in mid-January of 2015, knowing I would face some challenges and pressures. Part of my responsibilities was coordinating a project involving Science Olympiad (SO) and a trial event created by the Foundation, Hydrogeology: Water for the World. The event challenges students, through investigation and computer modeling, to identify potential groundwater management solutions.

I had never been part of SO before, and coordinating the logistics on top of being the event supervisor for a trial event was a full emersion into the world of competitive science. Hydrogeology was set to be a full event in 2016 thanks to the hard work of past staff member Amy Kessner and Groundwater Foundation President Jane Griffin over the last two years; all I had to do was not screw it up. No pressure, right?

Thankfully I was able to practice running the event on a smaller scale at two Regional Tournaments. Both tournaments were small but fiercely competed. On to State Tournaments. With a total of 11 teams competing in Nebraska and many others in Washington, Maryland, California, Utah, Illinois, and Indiana the pressure was on to coordinate all the event supervisors and ensure success to guarantee the National Tournament event would be well attended. 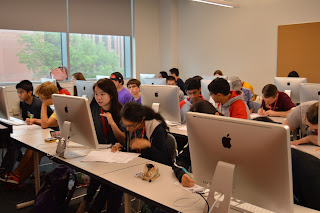 The morning of the National SO Tournament, held at the University of Nebraska-Lincoln, I still did not have an exact number of competitors.  I knew this would be a bigger, more competitive crowd and I had prepared the event’s test to be much more difficult than any previous. There were a total of 40 teams participating, with almost every state represented. Despite some mild hiccups while getting the event started, I was pleased with the outcome. It was amazing to see so many students engaged in a rigorous, science-based competition! The level of sportsmanship was incredible and I can’t wait to do it all over again next year. There were no changes to the rules and the committee agreed to move the event to full status for the 2016 tournament season!

Find out more about Hydrogeology at http://www.groundwater.org/kids/getinvolved/so/hydro.html.

Anniversary Story: "Solving Problems as a Unit" by Arnold Mancl

The Milladore, Wisconsin Area Groundwater Guardian Program had its first meeting on March 3, 2003. The program consists of the Village of Milladore, Town of Milladore, and Town of Eau Pleine. The Village of Milladore is located in central Wisconsin, (Wood County), population of 246. The cities of Wausau to the north, Marshfield to the west, Stevens Point to the east, and Wisconsin Rapids to the south gives us a well-rounded group of surrounding larger cities.

During the early 1990s, the Village experienced the horror of benzene in some residents’ wells. The contamination was mostly in the wells of the residents who lived south of the railroad tracks that split the Village. The contamination came from two gas stations that no longer existed and the railroad. As a result, the Village pursued a source of good water for residents and was required to construct a municipal water system. A grant was provided for construction of the water system, and it became operational in December of 1995.

In December of 2002, my son Brian, who was a senior at Stevens Point Pacelli High School, attended an ecology class for high school students at the University of Wisconsin Stevens Point. He picked up information on the Groundwater Guardian Program, and shared it with me. I thought it would be a good program for our Village to look into, so I brought it up to the Village Board at the next meeting. The response was favorable, so I took charge to run it. 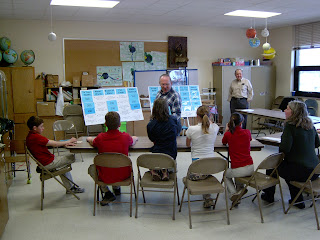 Because the wells for the Village are out of the Village’s jurisdiction (located in the Town of Milladore and bordered by The Town of Eau Pleine), I thought it would be good to involve them. Each Town Chairman was contacted and they were all in favor of it. We now had the ability to work closer together on any issues that came up and solve them as a unit. 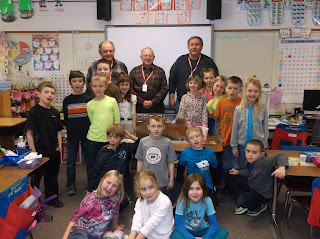 Since then we have given presentations to local grade schools and 4-H groups on the importance of groundwater and protecting it. We’ve also helped some residents with well abandonment by securing 70% funding assistance from County Land Conservation. We have also been involved with the Clean Sweep and pharmaceutical collection programs with the Marshfield Area Groundwater Guardians.

We congratulate you for 30 years, and we plan to continue our participation in this great program.

For Las Vegas Valley groundwater users whose wells fail, the Southern Nevada Water Authority (SNWA) offers a program to help offset a significant portion of the cost to connect to the municipal water system and properly plug and abandon their wells. The SNWA Well Conversion Grant Program was created by the Nevada State Legislature to assist well owners required by the Nevada State Engineer to connect to municipal water and the program also is available to those who voluntarily want to connect to municipal water. The program, which is funded by the Groundwater Management Program (GMP) fee all well owners pay annually, can be a life saver to customers.

Not only was the customer able to get water quickly in an emergency situation, thanks to the Well Conversion Grant Program, she saved approximately $15,000. The customer paid only 15 percent of the connection costs.

The SNWA Well Conversion Grant Program financial assistance program pays up to 85 percent of the costs to connect to the municipal water system. A well conversion typically costs between $12,000 to $20,000 per connection, so savings are significant. This remains a substantial benefit to those who experience a failed well and helps alleviate the stresses associated with not only the loss of water, but also out-of-pocket expenses.

Find out more at http://www.lasvegasgmp.com/html/index.html. 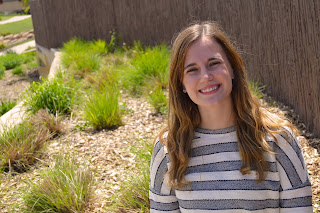 I participated in the 2015 Nebraska Children’s Groundwater Festival in May to present The Groundwater Foundation’s Awesome Aquifer kits to students from across Nebraska.  The students learned groundwater vocabulary, aquifer geology, groundwater’s connection to surface water, how pollution moves through groundwater, and practiced pumping water with “wells.” 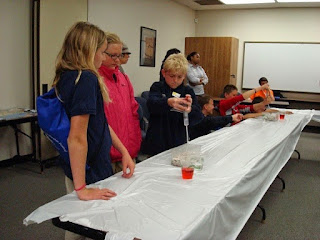 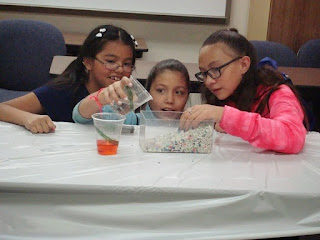 I was inspired by the sheer size of the festival – the attendance (over 800 students and 243 volunteers/presenters!) and all of the different kinds of activities.  I was thrilled that students came to the festival with an understanding of groundwater and were eager to learn more.  Educating youth about our groundwater resources is so important, especially for an agricultural state where 85% of people get their drinking water from groundwater.

The fact that this festival has been teaching and inspiring students for 27 years is a testament to The Groundwater Foundation – the dedication and passion of the staff members that have worked to create a lasting difference.  I am proud to be a part of this organization and its commitment to educating and inspiring action to protect groundwater!