We are excited about the opportunity to participate in the upcoming Groundwater Foundation forum, scheduled for October 7 in Las Vegas. The event will be held at the birthplace of Las Vegas, the Springs Preserve. While many people think Bugsy Siegel founded the city, Las Vegas actually was founded half a century earlier as a railroad stop. The focal point of this new community was an artesian spring complex. Understandably, an oasis amid a desolate, hot desert was a magnet for travelers. In fact, the name “Las Vegas” is derived from this site, known for its grassy spring-fed meadows.

To appreciate the Springs Preserve as a site for this important forum, a bit of a history lesson is needed.  Las Vegas’ earliest water supply came from the springs located on-site.  As the population continued to grow, valley resident began relying on local groundwater.  In the 1950s, Las Vegas received permission from the state of Nevada to use more groundwater than is replenished annually, as a stop-gap until the facilities to bring Colorado River-water from Lake Mead were constructed. As stated on the Springs Preserve’s website, “By 1960, residents had drilled nearly 3,000 wells in the Las Vegas Valley. However, more than half of the groundwater came from less than 25 wells located within a mile of the Las Vegas Springs. By then, the population had increased to approximately 119,000. Increased well water use caused the groundwater level to decline about two to four feet per year. The Las Vegas Springs flows, once a hallmark of the valley's geography, stopped altogether by 1962.”

This overappropriation of local groundwater supplies more than 50 years ago led to serious conversations about groundwater use in the Las Vegas Valley.  For the better part of the past two decades, local groundwater users – the big ones like water utilities and golf courses, as well as the small ones like individual domestic well owners – have come together to find solutions to the problems they inherited.  These solutions have been largely successful because they were developed through public participation, community meetings and shared understanding.   The Groundwater Foundation played a big role in helping us learn what other communities throughout the nation were doing to protect their water supplies.

A century after the founding of Las Vegas, the Springs Preserve was created as a way to celebrate the community’s heritage and educate residents about responsible water use. Equal parts museum complex, botanical gardens and events center, this jewel is set amid a sea of development just minutes from downtown Las Vegas.

The Groundwater Foundation’s forum , which will focus on community-based groundwater protection and water use efficiency, has been scheduled to accommodate water professionals participating in the seventh annual WaterSmart Innovations Conference & Exposition. Between these two educational events, there is a plethora of great ideas to help officials proactively address water quality and availability. Much like WaterSmart Innovations, which is focused upon applicable, real-world solutions, the Groundwater Foundation’s community-based groundwater protection forum will support local efforts to engage the public in source water protection.  We are excited to host these events in Las Vegas.  We hope you’ll join us.

Posted by The Groundwater Foundation at 1:54 PM No comments:

Sound familiar? Cleansing products have included these for years in an attempt to lure new consumers. I admit, I've used body and face washes featuring these tiny particles.

While they may be good for cleaning, they're not so good for water, and for aquatic life in particular. The problem is the microbeads can be too darn small to be effectively removed by wastewater treatment processes, and they end up in our waterways and become food for unsuspecting fish.

To further compound the bad news, these tiny pieces of plastic, or microplastics, can absorb and even concentrate pollutants. So when they're ingested by a hungry fish looking for lunch, they have the potential to make it up the food chain to our dinner plates. Some states have passed or are looking to pass bans on microbeads, and many manufacturers of these products are looking to phase them out over the next few years.

Check out these articles:

Posted by The Groundwater Foundation at 11:32 AM No comments:

Are you looking for a fun activity to do with the kiddos this 4th of July? Look no further than the latest post of Water-Wise Wednesdays with Frannie the Fish! 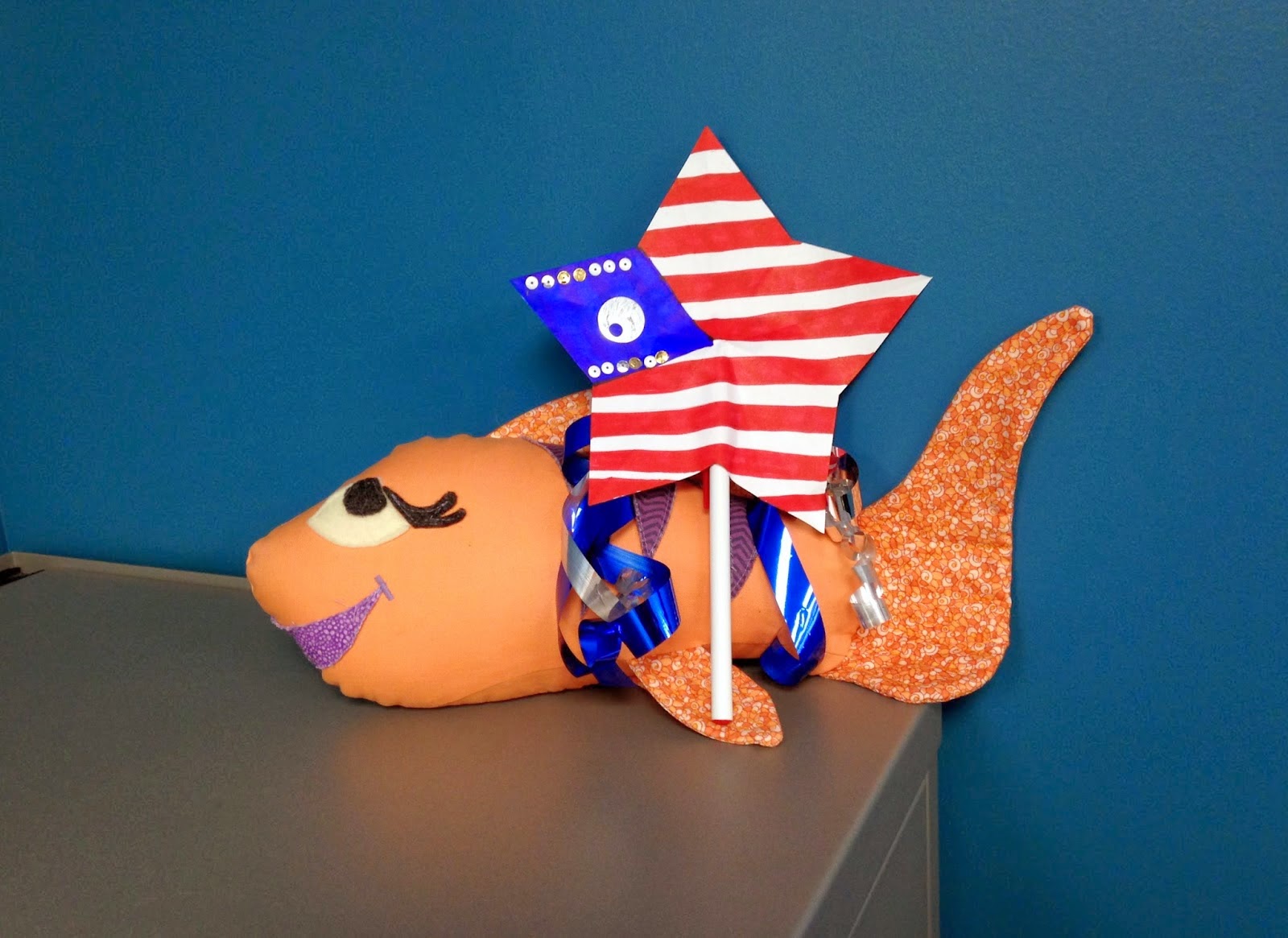 Water-Wise Wednesdays with Frannie the Fish is a new, weekly blog post on the Girl Scouts - Let's Keep It Clean blog. In these weekly posts, Frannie, the Let's Keep It Clean mascot and lovable orange fish, shares her knowledge about groundwater conservation and protection as well as any fun activities she is doing that week. This week, Frannie shared how upcycling is a great way to conserve our precious groundwater resources and make unique 4th of July decorations!

We hope you all have a happy Independence Day!

Posted by The Groundwater Foundation at 2:04 PM No comments: