It's Water-Wise Wednesdays with Frannie the Fish! {What-A-Cycle!}

See below for a special announcement!
***
A week ago, Frannie was in Cincinnati meeting with science educators and curriculum developers for the National Science Teaching Association regional conference. While she was there she met Dennis, a climate scientist from National Oceanic and Atmospheric Administration (NOAA), who was handing out a water cycle modeling activity called "What-A-Cycle"!

Frannie thought the idea was so clever but she knew she wouldn't have the time do it because she had to get ready for Groundwater Week. She reached out to her friends at the Groundwater Foundation, knowing we'd be excited to share this craft with you today. 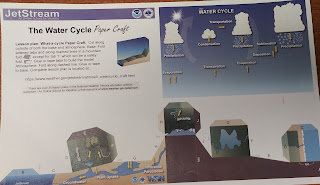 1. If you printed out a Black and White copy or an unlabeled copy of the What-a-cycle paper craft worksheet, you should first color it and label all the parts of the water cycle.

3. Fold the lettered tabs and along the marked lines on the ground piece and start to form a 3-D version of the groundwater and runoff portions of the water cycle. Once you start to see how the flat version transforms into 3-D, glue or tape the tabs together to form the model.

4. Fold along the dotted line in the atmospheric portion of the water cycle so that the largest precipitation cloud is at a right angle to the rest of the background. 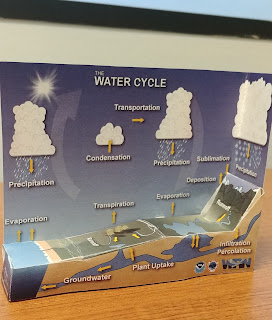 Frannie has been blogging about the water cycle a lot these past couple months.Go back to review her water cycle blogs first, and then trace as many paths a water droplet can take as you can find. What parts of the water cycle deep dives are shown in this model? What parts are missing?

In 2004, Groundwater Foundation staff approached the Central Platte Natural Resources District (CPNRD) about handing over their flagship youth event—the state’s first Children’s Groundwater Festival, which had been held in Grand Island, Nebraska since it began in 1989.

The CPNRD staff was excited to take on the challenge. In 2005, the Foundation and the NRD co-coordinated the event for a smooth transition. CPNRD staff Kelly Cole, programs coordinator, and Marcia Lee, information/education specialist, have been coordinating it ever since.

“That first year on our own we were both eager and nervous about taking on a statewide event,” said Lee. “The guidance we received from the Foundation assured that everything went smoothly.” 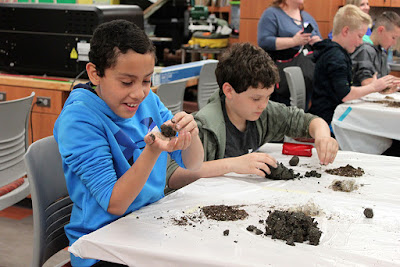 This May marked the 30th year that the festival has brought professionals together to teach youth about all aspects of groundwater. Lee said over the 30 years, the message students take in has remained the same—groundwater is a precious resource and we all have a part in protecting and preserving it.

Over 30,000 students from across the state of Nebraska have attended the Festival over the years. The festival model has been replicated in 42 states in the United States, and in Mexico, Canada, India, and the United Kingdom. At the Nebraska festival, students participate in 25-minute in-depth classroom activities and a stage show that relate to groundwater. Professionals from state and local agencies, environmental organizations, and other volunteers teach about groundwater interactions with surface water and effects of pumping, the Ogallala aquifer, pollinators, stream flows, wetlands, pollution, drinking water, recycling, wastewater, industry use, the water cycle, water filtration, municipal systems, and more.

Festival coordinators set each school’s schedule, placing the students in six different activity topics, where various they learn about their topic through fun hands-on activities, games, and relay races.

Teachers are provided a pretest to give to their students prior to attending the festival and then a post-test following the event. “We’ve found that students retain information better when they are  personally involved in the activities, so we encourage every presenter to make their activity
interactive,” Lee said. 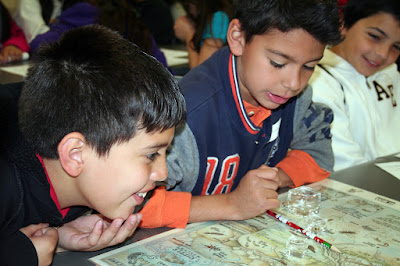 Cole said a few changes have been made over the years. The first was to rename the event the Nebraska Children’s Groundwater Festival and partner with the Grand Island Community Foundation, a 501(c)(3) nonprofit organization. The Festival Committee reaches out to businesses and individuals each year for donations to cover equipment, materials, and sack lunches provided to students, teachers, presenters, and volunteers beyond the $10,000 that the CPNRD budgets annually for the festival.

A change that will take effect in 2020 is the shift from inviting both fourth and fifth grade students to only fifth grade. The Festival Committee worked with the Nebraska Department of Education to determine which grade-level best fit the Festival with the new science standards, and determined that the festival correlates with fifth grade curriculum. The change will also allow schools to be on an every-other-year rotating invitation.

The festival’s location is also a vital aspect to the number of schools that can attend. Since its inception, the festival has been held in Grand Island, which is a central location for most schools in the state.

“We’re so fortunate to have Central Community College and College Park as partners,” said Cole. “They’ve allowed us to take over their campuses to hold the festival at no cost for 30 years.”

A good indicator that the festival is successful are the evaluations that are returned each year. Teachers, presenters, and volunteers are encouraged to complete evaluation forms to help the coordinators make improvements each year.

Even better indicators are letters from college students. The CPNRD has received several letters from former students who say they appreciate the opportunity to attend the festival as elementary students and that it opened their eyes to their career path. 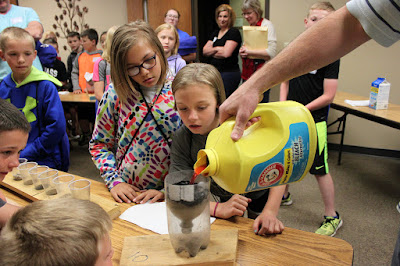 “It’s incredibly rewarding when we receive those letters,” Lee said. “It’s gratifying to know that the Nebraska Children’s Groundwater Festival has made a personal impact on someone’s life and that they share the same devotion to groundwater that we do.”

Cole and Lee say the event seems to get easier each year and they don’t lose as much sleep as that first year. The hard work is worth it, and they hope the Nebraska Children’s Groundwater Festival continues to impact students— at least another 30,000 Nebraska youth over the next 30 years.

For more information about the Nebraska Children’s Groundwater Festival, visit www.cpnrd.org/groundwater-festival.
Posted by The Groundwater Foundation at 11:55 AM No comments:

It's Water-Wise Wednesdays with Frannie the Fish! {Hydro Van Gogh}

Express your artistic side and follow a water drop's journey through the ground in a fun activity called Hydro Van Gogh! An aquifer is an underground geological formation of sand, soil, gravel, and rock able to store and yield water. The water from an aquifer is called groundwater and it is the water we drink and the water that grows our food. Find out more! 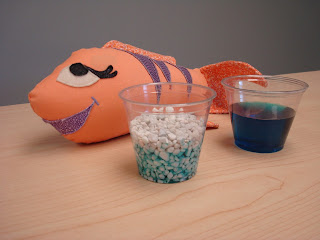 2. Set out the canvas panel or a large sheet of paper, paint, and paintbrushes.

3. Now, pretend like you are a water drop that lands on the ground and seeps into an aquifer. Paint what you see as the water drop. Get as creative as you like! 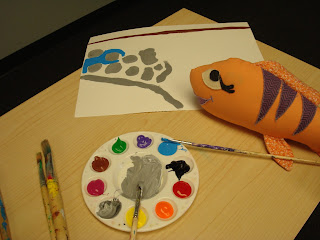 Be sure to share your masterpiece at home with your family. Share what you know about groundwater and how to protect it!

Send pictures of your paintings to info@groundwater.org.
Posted by The Groundwater Foundation at 4:00 PM No comments:

BLOG: Easy Tips for Protecting Your Well, Your Water, and Your Wallet This Winter. 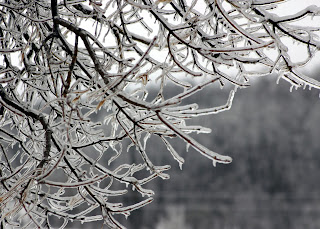 The cooler weather and pumpkin pies can be a welcome change from the summer heat, but it also means one looming fact: winter is coming.

While many of the water well systems in the northern U.S. are required to be built under the frost line, there is a large section of the South and Midwest where pumping systems are constructed above ground or above the frost line. For these systems, it’s important to take steps to keep your well safe and operating through the winter.

1. Get Your Well Inspected
NGWA and Wellowner.org recommend an annual inspection of your water well system. If you haven't had your inspection done, scheduling before the winter weather arrives could save you a lot of time and money! Find a qualified contractor.

2. Protect Your Pump
Many well systems are buried deep underground, which provides protection from the cold. But for well owners with above ground pumps, action should be taken to keep the system insulated and warm. Constructing a small insulated enclosure covering the pump will help keep the system above 32 degrees and reduce the risk of freezing and other damage. This small “well house” can save thousands of dollars in repairs and ensure a well operates throughout a cold winter. Find a qualified contractor.

3. Protect Your Pipes
As water freezes, it expands and can burst your pipes, leading to significant damage to your home and well. Frozen pipes are a common winter issue for homeowners, but can be avoided with a few easy steps. 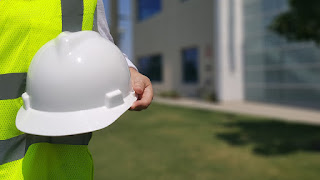 4. Prepare for a Power Outage
While there is little that can be done by the homeowner to prevent power outages due to winter weather, there are steps to take so you have water to drink while waiting for the lights to come back on.
Adapted from wellowner.org.
Posted by The Groundwater Foundation at 12:13 PM No comments: